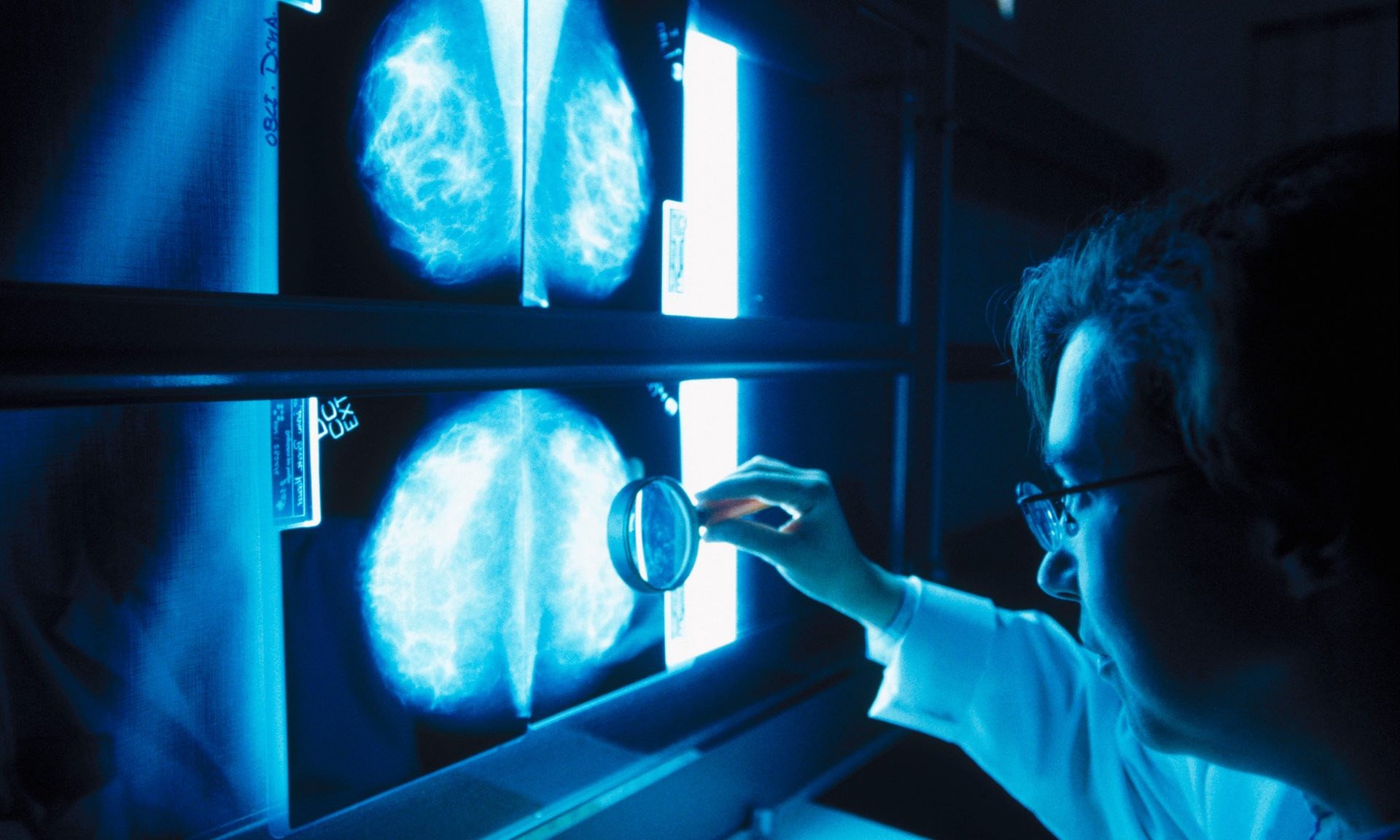 Lack of NHS radiologists 'could cause delays to breast cancer diagnoses'

In a report in today's Guardian, The Royal College of Radiologists said the service will not cope with demand for mammograms, with 8% of breast radiology consultant posts unfilled.

Women may suffer a delay in finding out that they have breast cancer because the NHS is struggling with a serious and worsening lack of radiologists and radiographers, according to health experts.

There are fears that the NHS’s breast cancer screening programme will not be able to cope with the growing numbers of women who will require mammograms in coming years when the age of eligibility is extended from 50-70 to 43-73.

Two reports reveal how hospitals are facing a chronic shortage of specialists to both carry out and analyse mammograms to see whether women have breast cancer.

The Royal College of Radiologists (RCR) said there was a “looming workforce crisis facing breast cancer screening and diagnostic services” in the NHS. Difficulty getting enough staff could have a severe impact, it said.

Staff shortages are so common that almost one in 10 (8%) consultant posts in NHS breast radiology services are unfilled and a quarter of breast cancer screening programme units operate with just two or one breast radiologists, according to RCR surveys.

“The skill of breast radiologists in interpreting mammograms and other complex scans is vital to the early detection and diagnosis of breast cancer, as well as in the delivery of cancer screening programmes. Without more breast radiologists to tackle this increasing demand we cannot hope to achieve the best possible health outcomes for patients,” said Dr Hilary Dobson, the chair of the British Society of Breast Radiology.

A separate report, by the breast cancer screening programme itself, found that15% of posts among radiographers in England who carry out mammograms were unfilled and that 65% of screening units had vacancies for such staff. The NHS needed another 70 whole-time-equivalent radiographers specialising in mammography on top of its existing 615, it said.

“These findings suggest that in the future these staff shortages could risk more women experiencing a delayed diagnosis,” said Danni Manzi, the head of policy and campaigns at Breast Cancer Care. “Any delay in diagnosing breast cancer could affect how successful treatment is because the sooner treatment starts, the more effective it’s likely to be. It’s vital any wait is kept to a minimum.”

About 2.1 million women a year in England go for breast cancer screening. That number is due to rise in the next few years as there will be 8% more women aged 50 to 70. A planned extension of the age limits to 47 to 73 could see the number of women across the UK covered by the early detection scheme rise by 28% from 8 million to 10.2 million.

“The clinical workforce is growing but not quickly enough and the trends identified by our census reveal an oncology service moving steadily towards crisis,” said Dr David Bloomfield, the RCR’s medical director for professional practice.

Delyth Morgan, the chief executive of Breast Cancer Now, said: “These findings are of tremendous concern. This workforce is the backbone of the screening programme and is critical to our ability to diagnose and treat women with breast cancer in England, and must now be urgently reinforced.

“If we are to ensure the success of the screening programme and that all patients with symptoms of breast cancer have access to the timely investigation they need, this crucial workforce must be properly resourced and sufficiently supported.”

Lady Morgan urged Health Education England, the NHS’s medical recruitment and training arm, to come up with an urgent plan to increase the supply of key staff in NHS cancer services.

The Department of Health said it was working hard to ensure NHS cancer services had enough staff. “We’re helping the NHS manage increased demand in cancer services by making staffing a priority, with 20% more clinical radiologists since 2010,” a spokesman said.

The NHS in England had 20% more clinical radiologists, including 20% more consultants, and almost 10% more doctors in training, than in May 2010, he said.

Dr Ian McCafferty is a member of The Radiology Clinic

You can find out more about which cookies we are using or switch them off in settings.

This website uses cookies so that we can provide you with the best user experience possible. Cookie information is stored in your browser and performs functions such as recognising you when you return to our website and helping our team to understand which sections of the website you find most interesting and useful.

Strictly Necessary Cookie should be enabled at all times so that we can save your preferences for cookie settings.

If you disable this cookie, we will not be able to save your preferences. This means that every time you visit this website you will need to enable or disable cookies again.